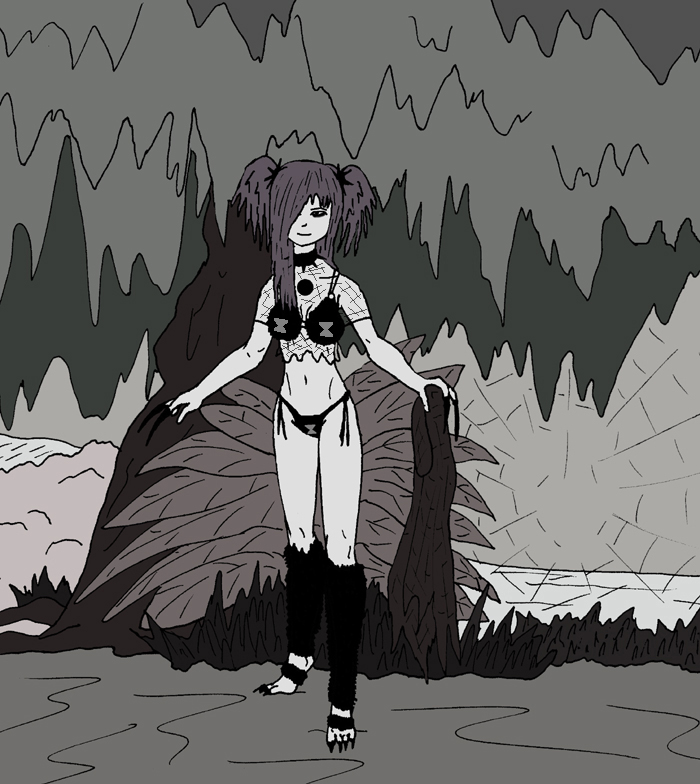 "I... don't get it," said Tulsan after a moment of deliberation.

Karolina wiped her eyes and composed herself, smiling slowly in nostalgia. "I wouldn't expect you to. It's an 'inside reference'."

"One of those things that you just had to be there for?" Rottkap inquired, following the idea.

Karolina nodded and looked to her allies. "When I first met Bali-la in Adelaide, my head was in a very different place. I was raised to be distrustful of outsiders and basically, to be afraid of everything. Bali approached me slowly and after a little while, offered me an apple as a gift of greeting."

Tulsan tilted his head, trying to make sense of the logic. "Okay, so then what's the significance here?"

"It was Bali's way of breaking the ice with me and to get us on the path of mutual trust. It longer for me than I'd like to admit, but..." She glanced to the stranger to clarify something. "You said a second encounter with a spiritual communication specifically told you to bring an apple, yes?"

Karolina continued, looking back to Tulsan. "You were there when Bali-la walked into the sunset. She (gesturing to the stranger) communicated with a spirit who knew something very specific to get my attention. Don't you see?"

Tulsan stared for a bit. "Bali-la directly gave her advice? From some kinda Xibalban afterlife...?"

Karolina nodded. "It seems that way. More specifically? Bali seems to be vouching for her. Why else would she take the time?"

She turned to the stranger again. "Did you ever see or get an idea what the second spirit looked like?"

"No, not as such. It was more a presence on the wind and a voice in my mind's eye. It was feminine, that's about all I could determine. The voice was almost... ah... what's the word?"

"Well, I would say the spirit was almost musical, really. There was a sense of flow and grace that made me trust in it."

Tulsan raised a brow. He wasn't sure what to think yet, but he knew well enough what Bali-la sounded like. Most of the Xibalbans he'd met in life could hardly be described as 'musical' with their voices. Not letting on about his uncertainties, he remained quiet.

Slowly, Karolina nodded. That, as far as she was concerned, confirmed it. She approached and accepted the apple, growing a new smile as she took a bite. "Maybe I'm wrong, I don't know. But I believe you. I don't know what happens to Xibalbans once they leave this world. But I have no doubts at this point that Bali-la would never want to lead me wrong. And if she and whatever other spirits recommended you to our journey, I'm willing to go along with it."

The stranger returned the smile. "Oh, thank you! Despite the advice I was given, I wasn't sure you would be receptive to it. I am a stranger, after all."

"True," agreed the witch. "Why don't we remedy that? I believe you still owe me your name, no?"

With that, the stranger bowed and removed the dirty looking shawl, revealing an exotic young Xibalban woman with two distinctive long claws on her pointer and mid fingers, a furred tie bikini with a widow's hourglass on the bottoms, matching shin warmers, and full purple colored hair with floofy pigtails, with one side draping over half her face. A black circle marked her chest.

As she disrobed of the grey shawl, she gestured to a large previously unseen spider web behind the tree where she first stood cautious and waiting. "Forgive the shawl, but I didn't want to reveal all my cards in the event this would have gone wrong. I know some people don't like my tribe, but since we're being open now... I'm of the Trapper caste for the Death Clan. I'll do my very best to help you on this journey!"