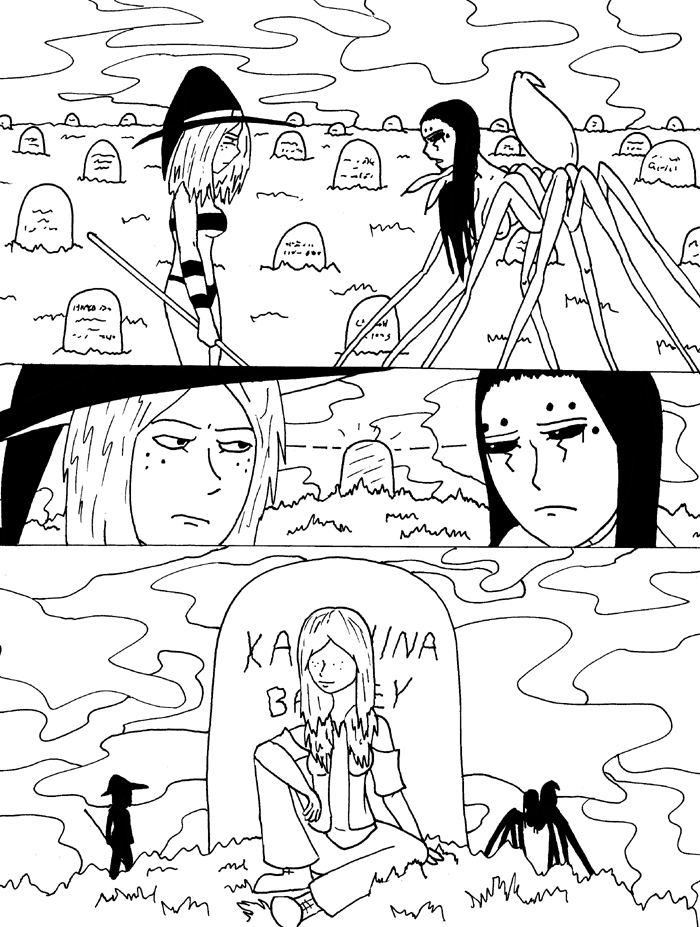 Adelaide. I hated thinking about my home. That wasn't always the case. But the more I had learned, the more bitter and confused it made me. I couldn't even conceive of what I had actually done there. From much of the story that Bali-la told me, I could ascribe to that original self. Other times, I thought it was me, that is to say, as I am now.

But... I'm pretty sure I was the one who did it. Bali's story, the inexplicable drive to bury my neighbors, my need to just focus on existing in joyless drudgery, Ruukunda's distance with me... subconsciously, I must have known something. I just can't actively recall any of it.

I've heard traumatic events are the first to be blocked out. Maybe I've even recreated some of those memories from back then, which probably explains some confusion I've had about me and my previous self. Yeah. I would think accidentally blowing up one's neighbors would be exactly the kind of thing that would result in shutting down as I did. I mean, I had to have done it. I remember my parents and my earlier incarnation got mind wiped, so...

I stared at the ground around me. It had taken on a form from the void, to a cemetery. Not THE cemetery outside my old home... but close enough. So... we were in my mind or imagination, maybe. This really wasn't any time or place, just an approximation. Perhaps that's why Metis was disinclined in explaining my original question to her. It was nowhere. Only I could determine what the here and now was. I wasn't shaken by the sudden appearance of actual surroundings, but...

Something... had just occurred to me. Bali indicated she used a form of hypnosis to mind wipe my previous self.

What if... she also gave me the memories I have now? The ones from Adelaide? Of my family and growing up? She had once even mentioned she knew of the town at some point. She could have observed things. And she hid the fact earlier that we met in the first place, if under different circumstances.

I stood rigid, trembling in front of Metis. I couldn't even confirm anything. How had I never considered this?? Just about the only things I could even be sure of going forward was around when I left my burying duties in Adelaide. When I thought I met Bali-la for the first time.

Had I ever met my parents as I am now? What about Siouxsie? Bali-la almost seemed to... know... she was there. In a rainstorm of all things. I mean, she could have heard her, sure, but...

My knees felt weak and yet, I was too shocked to feel much of anything. Except Metis.

She was still staring at me, as much as ever. Her words took on a new clearer meaning now. And they stung terribly. I repeated them silently on my lips.

'Because you are the blankest of slates... And you crave an identity of your own.'

Slowly, I looked up at her. And her expression had changed to something I'd never seen before.

She almost seemed... sad. This self professed human slaughtering murder machine from another age... was sad for me. For all our hostility, it was the closest we ever seemed, if just for that one uncharacteristic moment.

Her black eyes turned to the side. I felt... dark and numb inside. I couldn't explain it better than that. It was like something had broke within. And I followed her gaze almost instinctively. We faced the back of a single gravestone.

But there was a presence just past it.

It had been waiting for me. And without so much as a word, or a glimpse of what it was, I knew it was soulless.

It seems like the time has come to come all the way Home.