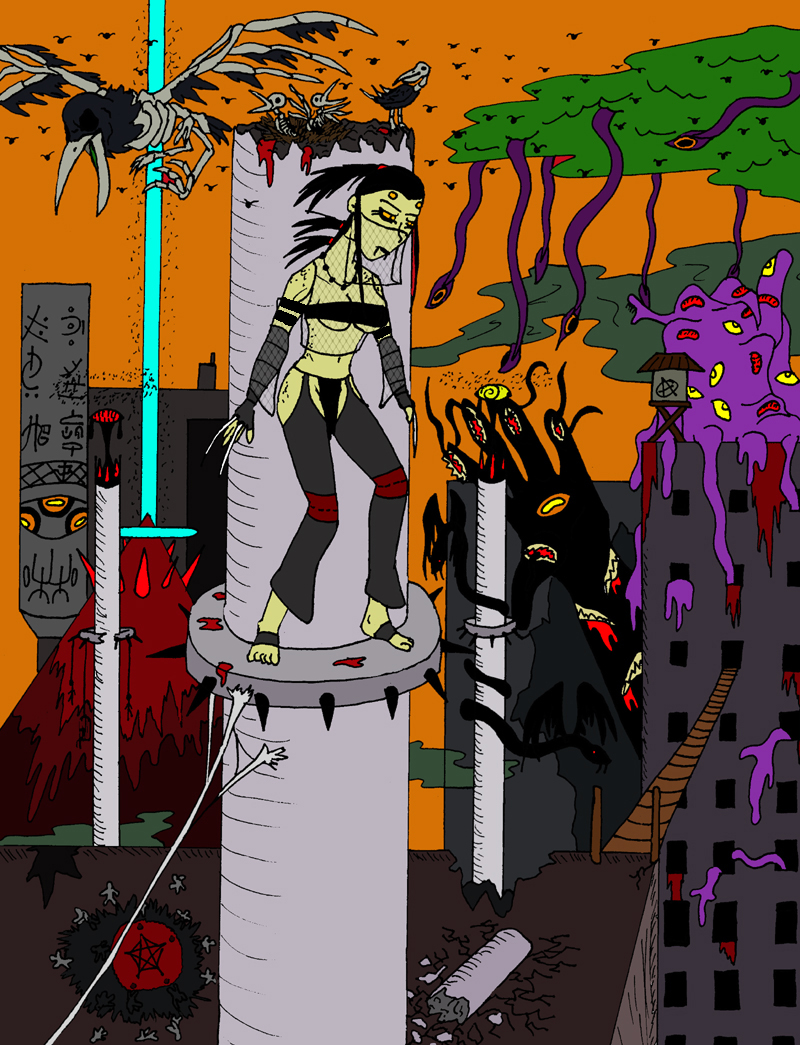 It was not a mission like 'any other'. It was almost suicidal and everyone knew it. It was on the newer Louisiana annexation to Australia. In the times of human dominance and occupation, it was a bustling city called Shreveport. Now? No sane Xibalban even tried to live there, let alone visit. It was dubbed 'Outer Hell', a horrible place if there ever was one. It was a place of living nightmares, monsters, and things without names. They were corruptions given flesh and thought. They were 'that which should not be', as one Xibalban sage famously summarized. Thankfully, the abominations typically stayed within the confines of their hell hole. "Leave them alone, they'll leave you alone. Probably."

Being in the Death Clan meant many things. A fearful reputation, a well trained background, and getting the absolute worst missions to fulfill the clan's purpose: surgical killing. Xibalba worked on the idea that all Xibalbans served some role in relation to each other's tribes in a violent social system. Particularly, being in the Death Clan, a race of spiders and spider-like beings, meant one was trained in the art of slaying regardless of one's caste. This included even the humble courtesan, a dancer and entertainer. Specifically, it meant Bali-la.

Scouting intel revealed movements and actions that suggested whatever malevolent wisdom existed within Outer Hell, now had a brain and it was ambitious. A friendly human settlement within thirty miles of Outer Hell was destroyed overnight, with clear signs that the magical corruption of Outer Hell was behind it. A lone woman was dragged back alive, for inscrutable purposes. Regardless, genocide could not be tolerated. So the call was put forth to the Death Clan that the head of Outer Hell needed to die. Little thought was given to rescuing the human, for many reasons. Regardless, it was a tall order. Outer Hell was not a playground for the incompetent.

Bali-la was known for being reckless, but even she knew to avoid Outer Hell. However, when the clan called, she was also reliable to answer the beckoning. In particular, she was summoned for a special reason. As a mere courtesan, she would seemingly be the least likely candidate to enter Outer Hell alone, no matter how talented she was at her craft. But Bali-la was a woman possessed of an ancient gift. The Song. Corrupt horrors such as the beings of Outer Hell were said to be vulnerable to it, as per the old stories.

And so, Bali prepared, taking no joy in the idea of the visit or the assassination itself. Dressed in a grey outfit interspersed with the fishnet veil of her profession and two leather gloves with claws made from the tusks of a porcine beast, she infiltrated the abyssal city, following any shadow she could to avoid detection from the hundreds of terrible monsters, foreign terrors, and the undead beasts which casually shat blood called home.

It did not take long before she spied upon the horrific residents of this place. Shapeless things, with eyes and mouths, floating obelisks inscribed with unknown runes, tentacles reaching from a sickly green crowd... these were all fell and unnatural things. How could anything be in control of all of this? Why would anyone want to? Focusing on her mission, she pressed in.