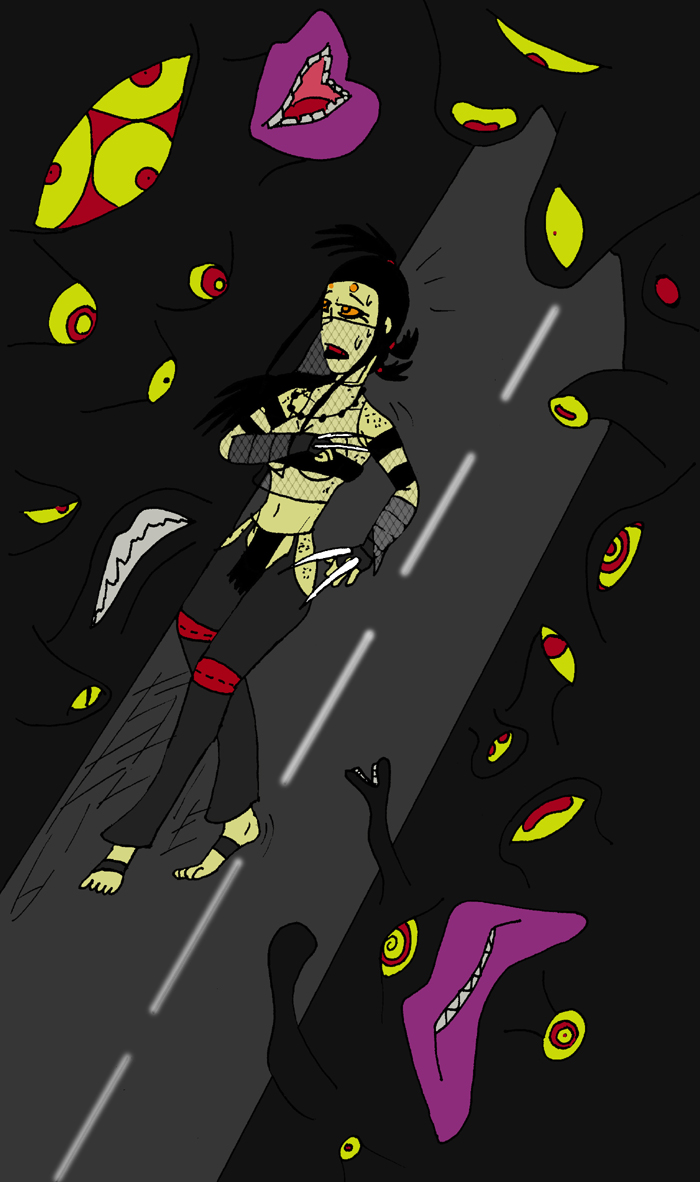 Following the angel's directions, it did not take long before Bali-la found the east side of town. However, it was the lack of sun that found her. Without warning or any particular notice, walls of darkness arose around her, funneling Bali to the center of a road by reflex. "Ohh... this can't be good."

Odd eyes of yellow and red appeared from the inky walls which choked out the light of the sun. They stared and leered from their vertical surfaces, sometime stretching out to get a better look at the intruder. A few mouths appeared, filled with blockish teeth and wide purple toned lips. They babbled incoherently, speaking without meaning or verse.

Bali stood on guard, uneasy, but the walls seemed to encroach no further, only directing her on a linear path. Stealth would not be an option, clearly. But it seemed to suggest she was not unwelcome either?

The path behind her was still mercifully open. But that wasn't an option. Inky leering walls of gloom, although unnerving, were not reason enough to leave. Whatever was behind the new direction of Outer Hell... it was time to face it.

And then she heard it, a low deep voice, unfamiliar.

"Of thee, I shall make a great nation."

It was not directed towards her.

"Be brave, Bali," the spider told herself. She felt the tingle in her throat. But it was not time. Not yet.

I love these "Alice on Acid" moments.

Huh... I seem to have caught up with the most recent page.